Very happy with this scooter. Very powerful so far. I recommend everyone to get one of these.

The owner Very nice responded right away and called . The scooters are so awesome! They look really cool . Very fast, built tough we can’t wait to take long rides !

Been looking for a reasonably priced scooter with enough torque to move an adult up reasonable hills. This fits the bill and exceeds all my expectations for the price. Well done on such a great little scooter.

Scooter is a beast. The D6+ is amazing and has plenty of power.

Just got it today! Extremely exited.. Nanrobot, very well made machines. Love love! I will definitely come back to let y’all know about my new adventures with my New D4+ 🤩 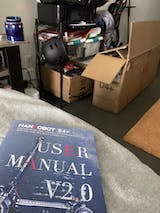 Love my new D6+! Had a few issues out of the box I emailed them and within 24 HRS I had them CALL me and walk me threw my issues, I have a FF horizon and Apollo explore. Fantastic service but I never had them call me and show true concern and speedy response time. Awesome job guys at roadrunner. 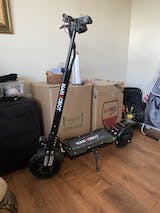 Overall very good scooter!! The manual is not very instructional, but the roadrunner scooter team sent me all the information I needed in a couple hours of my email. GREAT CUSTOMER service.

Such a great scooter! I love my Nanrobot D6+ and the customer service from RoadRunner is top notch. My Scooter was delivered lightning fast and RoadRunner was just as fast with responses to questions I had about setting up the suspension and handling an issue I had with my front inner tube. When it's time for my next scoot or for replacement parts, I'll be back.

I love this thing ta death already! Awesome power & it looks even better then it does in the pictures! Seems extremely well made & the customer service is off the chain, (or should I say hub)! They really 4 the people & are extremely down ta earth!!!

The owner is amazing and takes care of his customers. The product is well built and extremely fun to ride. I recommend this product to anyone who may want an electric scooter.

I love my scooter it came on time and was ready to go , im having a really great time

This is the best customer service team on the planet. Shipping was extremely timely. They care about EVERY single customer and EVERYONE is family 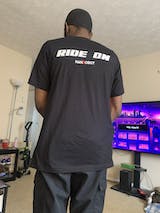 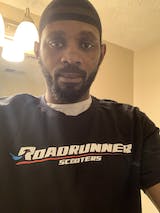 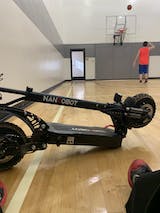 The D4+ 2.0 is an amazing scooter. The power on this thing is unreal. Hills are no problem. I continue to accelerate on every hill I have been on. The description of the tires don’t do them justice, I have off road tires and they handle all terrain very easily and even do well on paved roads. I love the weight because it just feels safer having that lower center of gravity. I weigh 165lbs and the D4+ 2.0 treats me like I’m a feather. It’s so powerful. And you are in the best hands when it comes to customer service. They are the best. Far Elite when it comes to the competitors. 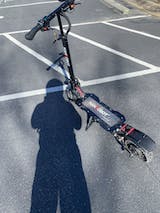 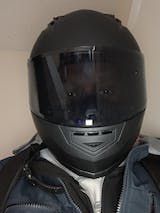 I just have to say how pleased and surprised I am with the real quality and performance of the Nanrobot D6! These days so many times we consumers get a sales pitch about how great a product is...only to be let down when reality sets in and we see we have been scammed again... Not the case here! I am just so pleasantly surprised that the D6 is just as amazing as all the owners before me have claimed... and best of all...I was lucky enough to have chosen RoadRunner Scooters to buy from! Their service and attention to customers is top notch.. they actually show real concern for the customer and reply faster than a.... Nanrobot D6! I am 61.. been riding anything with 2 wheels since 15.. own a Harley and an Aprilia.. love them both.. but this new experience riding the D6 is just flat out FUN! I actually wake up craving to ride... Thank you so much to the great staff at RoadRunner Scooters! Buy from them if you want Thee Best service around! - Uncle Lee

So everything is going good, Customer service excellent, Scooter excellent.... The only suggestion would be I’d rather have a WELL DETAILED AND DIAGRAM MANUAL? I don’t like the fact that you have to go to videos to get the FULL BREAKDOWN OF THE SCOOTER. No explanation on the details about the parameters, Hard start vs. Soft start? As well as the fact that a good tip that is nowhere written down was to loosen the lug nuts in order to fit the fenders on properly? Plus a lot more good tips? That ONLY SEEMED TO BE AVAILABLE ON VIDEO,

Customer service is beyond superb! My husband spoke with them extensively and they were beyond helpful. He absolutely loves his scooter! He is a big guy and was worried it might not be strong enough but he was assured that it would be and it did not disappoint. It’s a beast!

I previously used the mechanical disc brakes which worked well but had two main drawbacks;complete pad retraction from the discs was at times sluggish due to friction between the cables and cable housings and the serpentine routing of the cables which is unavoidable added to the friction.Secondly,occasional adjustments were required to compensate for pad wear and cable stretch. I switched to the Nutt Hydraulic Braking System to avoid the above issues and to gain the following advantages: it's virtually friction free,complete pad release is achieved(no brake drag) and the system self adjusts to compensate for pad wear. Also,with hydraulic brakes both pads are pushed against the disc to produce more stopping power,whereas with the mechanical version only one pad moves while the other remains fixed which reduces braking force relatively.In addition,it requires less effort to produce the same amount of braking force compared to its mechanical counterpart.The Nutt Hydraulic Brakes are a joy to have and I highly recommend them because of their inherent stronger braking,extremely low maintenance and once properly bled the only thing that is needed is the periodic replacement of brake pads.

It came fast and already cut to size ! What more can you ask for great service and perfect products!

I'm 220 lbs. All detroit muscle "not really" But this scooter will take me up any hill. Its very quick off the launch too. Its also a great stress reliever. You can ride it at anytime. Right in the middle of the night if you want. If you're a tweak or wtv. It is very quiet. People make fun of me for riding this scooter and for paying almost 2k for it. For those people I say ride this thing and try not to smile you pansies. Buy this thing and smile every time you get on it :)

I ordered my scooter on 1/1/2021 (Friday) in the nighttime. The scooter was sent out from California on Monday 1/4/2021. It was scheduled to be delivered to New York by Monday 1/11/2021 but I got it two days earlier. I had a very minor issue setting up the parameter settings. I called up Roadrunner Scooters and they sent me step by step instructions on the functionality settings. Hands down the greatest customer service team. This is not my first electric scooter. I have a Swagtron 5miles/15mph. I Got the D4+ Out the box and tighten all the screws/bolts and setup the parameter settings. Me and my wife went for a ride. As soon as I tap the gas I felt every cent of the $1400 take off! Smooth ride/Great handling/break lights/Horn etc.

Roadrunner pre-sales service was A+ when I called them. Their price was also the best. The scooter itself is fantastic, well built, most bang for the buck across all models, all makes, I like to say. I bought 2, for my 14-year old daughter and I, and we have taken them off-road, in grass and on dirt trails.

The two D6+ scooters I ordered arrived on time and in good condition, except for:
- one warped rear fender (not a shipping issue, a molded plastic cooling issue), which I will have replaced under warranty, and
- both steering columns had a notchy feeling near center, which I understand is intentional to reduce wobble at high speed, however it was not exactly at center on either, so I loosened the stem components, straightened and tightened, after which the notch was gone on both.